AIS Water has been recognised as a Queensland industry leader with a $50,000 grant to boost growth opportunities in that state.

The Business Growth Fund grant designed to help stimulate jobs within the state economy was announced during tour of the AIS facility by Queensland’s Minister for Employment and Small Business, Shannon Fentiman, and the State Member for Lytton, Joan Pease, at the company site for a tour of their facilities in September.

The Minister said AIS Water, which employs 45 people, has a proven history of producing award winning water disinfection technology for residential and commercial pools and had continued to thrive during the covid-19 pandemic.

“They are one of the world’s leaders in manufacturing chlorinators,” she said. “They do an amazing job of keeping our swimmers safe. I know that they are working with the Queensland Government and the Department of Education for many of our schools.

“We have a local recovery plan which is all about backing businesses like AIS Water; it’s about uniting and recovering for Queensland jobs and I’m so proud that we’re backing our small businesses to keep growing and employing more locals.”

Meanwhile Elena Gosse has picked up a swag of accolades including three international Stevie Awards for Women in Business.

The Stevie Awards for Women in Business are the world’s premier business awards for female entrepreneurs, executives, employees and the organisations they run, and this year, more than 1500 entries were submitted from around the globe in more than 100 categories, with winners decided by 180 business professionals internationally, split into seven juries.

She was also named along with AIS on the Queensland Domestic and Family Violence Prevention Honour Roll for the work she personally does to raise money and awareness for services which protect women and children escaping from domestic and family violence.

Additionally, she was a finalist in the Community Philanthropist of the Year Category of the 2020 Queensland Community Foundation Awards.

On top of all that, Gosse will moderate a panel session at the International virtual Annual Women|Future Conference (12 & 13 November 2020) focusing on The Power of Female Leadership. 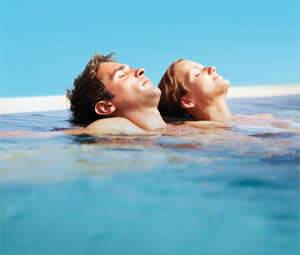