President Joanne Love says they will now use the stylised Swim logo, currently incorporated into the Swim Australia logo.

“The objective of the rebranding is to ensure that the ‘Swim’ logo is instantly recognised and associated with everything Swim Coaches and Teachers Australia does,” she says. 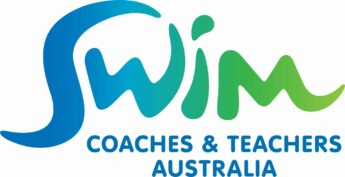 ASCTA was originally known as Australian Swim Coaches Association (ASCA) when first formed more than 50 years ago. In the 1990s, Swim Teachers were added to the name and included in their core purpose. Swim Schools were also added under the Swim Australia brand and more recently the organisation have been using both the ASCTA and Swim Australia branding.

Life member Laurie Lawrence says he is excited by the rebranding and the opportunities it brings for the organisation.

“As a proud life member, I’m delighted to have contributed to the success and evolution of ASCTA. I’m impressed with the passion and professionalism displayed over the past few years and where it’s heading. The new name and branding is fresh and fun. I love it!” he says.

CEO Brendon Ward says the new branding allows the entity to evolve and engage their swimming community of almost 50,000 people with a unified and consistent identity.

“Dual branding served the organisation well for more than two decades,” he says.

“This is an opportunity to consolidate our brand, inspire our community to create lifelong swimmers who thrive and succeed, and reaffirm our status as the peak body for swim schools, coaches and teachers.”