The swimming pool and spa industry, along with other trades involved in the renovation sector of the building industry, was excited to hear early clues about the Federal Government’s grant scheme to offer $25,000 to homeowners to carry out renovations.

However, that excitement quickly turned to disappointment and bewilderment once the details of the HomeBuilder scheme were announced this morning (June 4), and found that backyard pools – along with all separated external structures – were specifically excluded.

Eligibility for the HomeBuilder program will be restricted to substantial renovations and the construction of new homes, with recipients required to spend at least $150,000 before being eligible.

Renovation work will not include structures separate to the main property, such as swimming pools, tennis courts and sheds.

This decision has been made despite the fact that backyard swimming pools are more important than ever in this age of isolation – being a vital element in families maintaining physical and mental wellbeing. This will become even more crucial should a second wave of the pandemic eventuate.

It is still feasible that a renovating homeowner, being eligible for the grant, could separately include a new or renovated pool, now having increased funds at their disposal. Indoor pools and spas are presumably covered. SPLASH! has contacted Treasury for clarification on these and other points, but at the time of writing has not received a reply.

Eligible homeowners must enter into a building contract between July 2020 and December 2020 to access the grant.

SPASA Australia lobbied the Prime Minister and Treasurer for a stimulus scheme which included swimming pools and spas.

COO Spiros Dassakis says to exclude swimming pools and spas from the government’s HomeBuilder program is disappointing, especially since the industry undertakes construction and renovation work while employing thousands of tradespeople.

SPASA Australia will know more as further details are released and will make further representations to the Prime Minister and the Treasurer in the coming days.

Image: The humble backyard swimming pool provides the ability to exercise, stay fit and healthy, and keep a positive frame of mind for all the family – all criticially important considerations in this time of social isolation. Image credit: Swimart 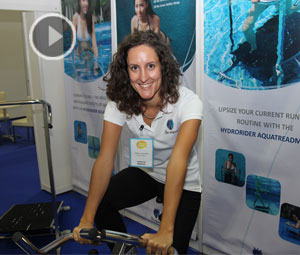