“Hot buttons” are the secret elixir that gets people excited and motivated by your message, rather than the typical “Meh…”

A hot button refers to an emotional “pain point” or “pleasure point” that means a lot to your audience – that is, your target market.

It’s typically an important issue (to them) that they think about a lot. It’s the pesky fly (or seductive lure) that simply won’t leave you alone until you address it. For example:

• “Honey, the car won’t start. Now I’m going to be late for work!”
• “Is that frigging roof leaking again?”
• “I’d like to get that laser surgery, but I can’t stand the thought of someone sticking a knife in my eye! I don’t want to go blind!”
• “Sure I’d like a pool. But Betty and Joe got burned by that contractor who went out of business. I don’t want that to happen to us!”
• “I got screwed by the last PPC company we hired. I’m not getting screwed again!”

Common hot buttons for a homeowner may include issues such as getting over-charged or ripped off, or dealing with an unsavoury or untrustworthy contractor. Maybe they’ve heard the horror stories of homeowners who started down this path, but spent all their money and were left with nothing but an unfinished concrete shell in the ground.

A hot button is an instant trigger for anyone who has that issue.

Hot-button advertising connects with your prospects in a personal way, based on their individual needs, and what’s important to them. They amplify a person’s emotional state, and offer tangible reasons for buying what you sell. They instantly connect your prospects’ brains to the real benefits they’ve been searching for all along.

Get inside their heads

Shine your light on the issue(s) burning inside your prospect’s brain.

Talk about these issues/concerns/hot buttons openly, and your prospects will eagerly listen to every word you have to say. Ignore them, and you’re wasting time and money, just firing in the dark, like everyone else.

Insert hot button triggers into your marketing messages, and you’ll get a much better reaction from the exact people you’re trying to reach.

If you have no idea what your prospect’s hot buttons are, it’s time to find out. Talk to your best clients to uncover their true deep-seated pain points and desires. What were they most worried about before, during and after they spoke with you? What was most important to them?

A little side truth here is that most of your target market will have the same hot buttons. Just like the Bell Curve Concept, and the 80/20 rule – roughly 80 per cent of your prospects will all have the same general concerns. So focus on that short list of issues, and you’ll resonate with the majority of your market. This is called “targeting the bell curve”.

If you hit these points in your advertising and presentations – then congratulations, you’re setting yourself up for success. But if you’re like most businesses, your designers/salespeople are talking “features” rather than benefits, and spouting technical jargon that does little more than confuse the homeowners.

To conquer this enemy, you must stop firing blindly in the dark. Analyse and focus on your prospect’s hot button needs so you can trigger and resonate their brains with your specific solutions to their needs.

Work the hot buttons into all your messages.

These articles by Pool Builder Marketing’s Brett Lloyd Abbott’s are part of a series designed to provide pool companies with unique insights that will help them address modern marketplace challenges. Contact: www.poolbuildermarketing.com 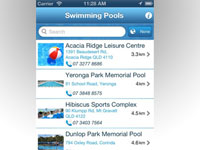 Save time by downloading the SwimSpots app