Every year Compass Pools dealers from across Australia and New Zealand come together for their annual dealer conference. This year saw more than 130 people head across the Pacific to enjoy the warm hospitality of the Fijian people at the InterContinental Resort on Viti Levu.

On the first day, CEO Anthony Cross formally launched Compass Pools’ charitable partnership with the McGrath Foundation. Right throughout 2017 and 2018 Compass will be donating a portion of the proceeds from each pool they sell to the McGrath Foundation with a minimum pledge of $65,000 each year.

The entire dealer network also showed strong support for the initiative raising an additional $50,000 at a charity auction held during the Compass Pools gala awards dinner. Compass sought donations from throughout the industry and was amazed by the generosity of the wider swimming pool community and their dealer network.

As part of Compass’s work with the McGrath Foundation, the company is running a promotion via social media that if you take a photo of a pink pool and hashtag #pinkcompasspool, you will go into the draw to win a family holiday to Fiji.

The first holiday was drawn at the conference, won by Mr and Mrs Vivers from Maitland NSW. A second holiday to Fiji will be draws at the end of this year.

Also drawn was the prize of two Platinum Passes to SPLASH! 2018, won by Adam Martin from Compass Pools Melbourne. 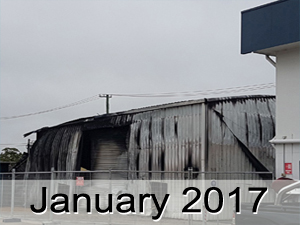