After having a Dutchman as Australia’s soccer coach only a few years ago, Australia has again turned to Holland to supply an international leader – this time in the sport of swimming.

Born in the Netherlands, the 44-year-old Verhaeren will officially start in the role in January ahead of the 2014 BHP Billiton Aquatic Super Series in Perth, with the Australian Swim Team also set to compete at the Glasgow Commonwealth Games and Pan Pacs on the Gold Coast next year.

Having coached seven Olympic medallists, including Pieter van den Hoogenband to dual gold in Sydney 2000 and the 100m freestyle gold in Athens 2004, Verhaeren had most recently been the technical director of the Dutch Swimming Federation.

Swimming Australia President John Bertrand said the appointment of Verhaeren as the new National Head Coach is another step in enhancing a world’s best approach for the sport.

“To become the best in the world requires four key links in a chain. World class administration of the sport, world class technology, world class athletes – both as individuals and as a team – and world class coaching,” says Bertrand.

“High performance teams require strong cultural values of trust, integrity, transparency of communication, respect for others and having fun. Jacco lives all of these values. To be world best, we must search the world for the very best people and we believe we have done this in appointing Jacco Verhaeren as our new National Head Coach, to work with our existing world class athletes and coaches.”

Having coached at the last five Olympic Games and being the Director of Dutch swimming for the past seven years, Verhaeren says the chance to work in Australia and with some of the best athletes and coaches in the world was too good to pass up.

“Australian swimming is extremely well respected on the international stage and to have the chance to work with the athletes and coaches in this role is humbling,” says Verhaeren.

“In the Netherlands we are a small swimming nation that has worked hard technically to maximise every opportunity. We’ve had some success working on those technical elements and I hope to bring that focus and drive to this new role in Australia. To have the competitive edge in international swimming you have to combine the physical, psychological and technical components of our sport, and I’m looking forward to challenging and inspiring the athletes and the coaches to achieve their goals.”

Swimming Australia CEO Mark Anderson said the appointment of Verhaeren finalises a world-wide search and the new leadership structure of the high performance unit under the guidance of Michael Scott.

“Such is the allure of the Australian Swim Team internationally, there was great interest in the role from the start and a large number of high quality candidates applied,” says Anderson.

“Michael Scott and I commenced the process with interviews after the World Championships in Barcelona and further interviews were conducted before a selection panel in Australia. Our goal from day one was to find, and recruit, a world class Head Coach who was aligned to our current direction for both the team and the organisation,” he says.

“We believe Jacco will continue the momentum we have created across our high performance team of quality coaches, swimmers and staff. The team’s cultural fit was always a high priority and Jacco will contribute significantly to this area. As National Head Coach he will provide a high level of technical expertise that will complement and strengthen our existing knowledge base in this area.”

“In Michael, and now Jacco we have two world class leaders and outstanding professionals in their field, which can only benefit the sport as a whole.”

Having watched Verhaeren’s progression from a pool deck coach to Technical Director at the Dutch Swimming Federation, Michael Scott sees his technical aspects and focus as a real win for the sport in Australia.

“Technically the Dutch have been one of the stronger nations in world swimming for some time now, with their starts, turns and particularly their relay change overs, and Jacco has played a big role in that,” says Scott.

“To be world class we need to be world class in every element of the sport, and we know that there are technical areas that we can work on, and improve, to add to the physical strengths and skills that we already possess. I’d like to thank Michael Bohl and Rohan Taylor for their work in coaching the women’s and men’s teams in Barcelona this year and I’m looking forward to working with Jacco for next year’s Commonwealth Games and Pan Pacs on the Gold Coast, and of course leading into Rio.”

Social media followers would have been alerted to this article earlier. Click on one of the links to keep in touch with SPLASH! 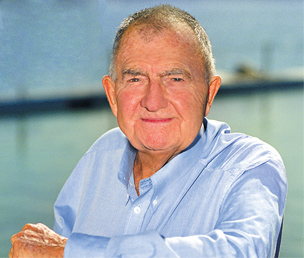