The 2017-18 Federal Budget has given apprenticeships a boost thanks in part to a levy on skilled migrant visas.

States and territories will only be able to draw on this fund when they deliver on their commitments to train new apprentices.

“The Skilling Australians Fund will create an extra 300,000 apprenticeships in priority industries and occupations across Australia,” she says, adding that the scheme will help young people get the skills they need to put them on the path to a great job and career.

Priority industries include building and construction, engineering, and manufacturing as well as tourism, hospitality, health and ageing, agriculture and digital technologies.

She says the extra 300,000 apprentices over the next four years will reverse the dramatic decline that occurred under the National Partnership Agreement signed off by Labor in 2012, when from June 2012 to June 2013 the number collapsed by 22 per cent from around 515,000 to 404,000.

The Fund will be financed by the Government’s recent reforms requiring employers hiring temporary or permanent employer-sponsored foreign workers to pay a fee, and will also help businesses that benefit from employing skilled migrants to also equip Australians with the skills they need.

Employers that sponsor migrants under the new temporary skill shortage visa and certain permanent skilled visas will be required to pay a levy which will provide revenue to the Fund.

“We understand that overseas skilled migrants may be necessary to fill a short term need, but the Turnbull Government is ensuring that in the long term we can fulfil those skills needs with Australian workers, which is good for Australian business and good for our economy” she says. 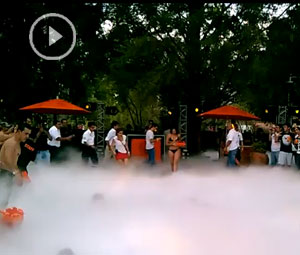