The FBA awards recognise the achievements of family businesses that positively impact the community, economy and culture.

Kreepy Krauly’s original product was ground breaking when it began production more than 40 years ago, and led the development of automated pool cleaning.

Founded by the Jackson Family in 1976, Kreepy Krauly has become a household name, with its technology renowned for reliability, performance, and low maintenance requirements.

Current Kreepy Krauly directors Andrew Jackson and Sarah Davis say the business was honoured to be celebrated on a national level.

“Our focus has always been on quality which has seen the Kreepy Krauly business maintain its reputation for reliability and performance for over 40 years,” says Jackson.

Aussie designed and made

Initially devised in South Africa, the production and development of the popular and dependable version of the cleaner has always been in Western Australia, originally engineered by Andrew’s father Terry Jackson. The first Australian-designed Kreepy Krauly technology was launched in 1976 and has maintained its home roots, with all model design and manufacturing run out of its Western Australian facility.

Davis says the Kreepy Krauly is designed and built to suit Australian conditions, especially the Western Australian sand and the Queensland heat.

“We have always believed Australia should have a strong innovation and manufacturing industry, which is why we proudly still manufacture locally,” she says. “Every Kreepy Krauly has been designed to be a truly automatic, reliable, built-to-last Australian-made product.”

She says they are manufactured from the highest quality materials to be UV-, salt-, chemical- and heat-resistant.

Davis says that during its 40-year plus lifespan, the business has continued to evolve, embracing eCommerce in a new way, ensuring every online sale is paired with a local brick-and-mortar pool store to support local industry and ensure consumers get local service and support.

“AutoPool are our sole national distributors which is a win-win for Autopool and Kreepy Krauly.”

Not only have Kreepy Krauly developed into a second-generation family business but Davis says they are already preparing the next generation to take over when the time comes. 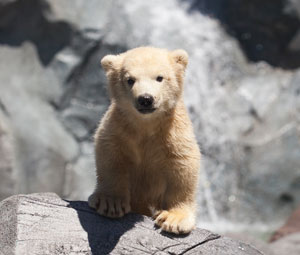