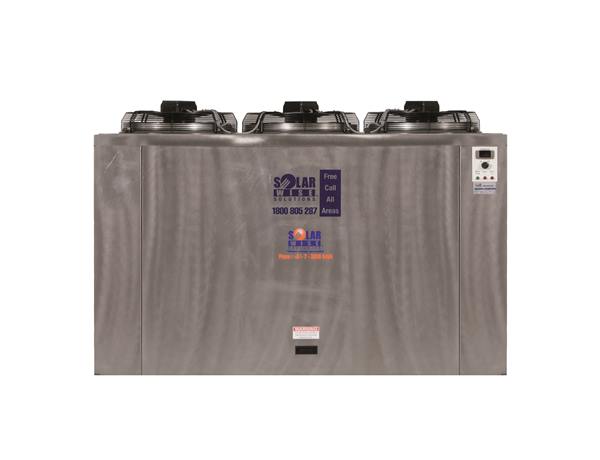 MEE is continuing to gain momentum and is consistently being specified in plans for both council and commercial pool projects. Most recently specified for Halcyon retirement villages.

“Higher performing and quieter than the rest”

The system uses direct digital controls to electronically commutated (EC) fans. The efficiency of the MEE system is achieved by controlling the temperature of the refrigerant that enters our compressor using EC fans. The more that the temperature of the refrigerant entering the compressor matches that of the condenser output, the more the compressor works at its optimum coefficient of performance (COP). A pressure transducer communicates with the EC fan to adjust the fan speed as needed. The system monitors conditions and adjusts accordingly to ensure the compressor is working at a high COP all the time.

Hot Water Heat Pumps cranks it up to 280 KW! Hot Water Heat Pumps cranks it up to 280 KW!