More than 100 swimmers struck by crypto in Phoenix public pools 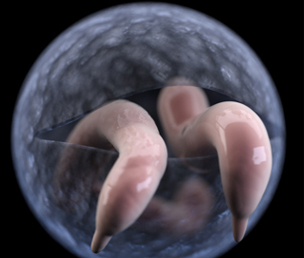 At least 20 public swimming pools in Phoenix Arizona have been found to contain water harbouring the microscopic parasite cryptosporidium.

Maricopa County officials have said that the highly contagious parasite has infected and sickened more than 100 people since August 4.

If the water is swallowed, infected swimmers can suffer stomach cramps, vomiting and fever, for up to two weeks. In rare instances such as in case of immunocompromised people, it can be lethal. Young children and pregnant women can also be at risk.

Cryptosporidium is a harmful protozoa. Crypto as it is commonly know spreads in water contaminated with human fecal material, and is resistant to chlorine. However, UV disinfection if generally effective in controlling it.

People suffering from diarrhoea or other symptoms should avoid swimming in pools.

Cryptosporidiosis has become one of the most common waterborne diseases in the world.

In 1993, more than 100 people died and over 400,000 developed gastro-intestinal illnesses as a result of a Cryptosporidium outbreak in the drinking water supply of Milwaukee, Wisconsin.

Dr Rebecca Sunenshine of the Maricopa County Department of Public Health said in a statement: “Right now, this outbreak is community-wide and there is an increased risk to those swimming at recreational water facilities. The most important thing the public can do to prevent spread of this disease is to stay out of the water if you have diarrhoea, until at least two weeks after symptoms resolve.”

Pool users are encouraged to take frequent restroom breaks when out of the pool, avoid drinking pool water and to thoroughly wash their hands with soap and water.