The March edition of the SPASA WA Pool Spa & Outdoor Living Expo has been judged a success by exhibitors and those consumers who attended, says SPASA WA’s Bryce Steele.

He says there was an increased attendance compared to the same show last year, and more people were wanting to add a spa or a pool or create their very own ultimate backyard.

“It is no secret that the Western Australian economy has struggled over the past four years, thus impacting discretionary spending. However the vibe and confidence shown by consumers who attended the expo is a positive sign for our industry and the greater economy of WA.”

Visitors were greeted with The Garden Lane, a 300 sqm garden display designed and built by the award-winning team at Landscapes WA.

He says the expo was the perfect opportunity for prospective purchasers to meet industry experts and take advantage of fantastic specials from exhibiting companies.

Thanking major sponsor Freedom Pools he says they are already looking forward to the next expo on September 7 and 8. 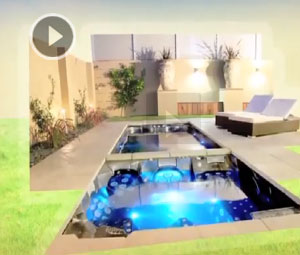