Following serious concerns about a shortage of certifiers and a backlog of non-compliant swimming pools, the NSW Government has delayed the requirement for pool compliance certificates by another 12 months.

This is the second time the government has delayed the deadline. The original deadline was April 29, 2014, then April 29, 2015, and now it is April 29, 2016. The first extension was made three weeks before the deadline; this time homeowners have been given slightly more than two months notice.

See the upcoming edition 98 of SPLASH! magazine for a story behind why this delay was necessary [but bear in mind, the story went to the printers prior to the decision actually being made].

By April 29, every sale or lease of a NSW property with a swimming pool would have had to have a certificate of compliance attached to the contract for sale or to the new lease.

The NSW Office of Local Government (OLG) estimates there are more than 18,000 properties with swimming pools rented each year, and RP Data figures show sales for properties with a pool number 9560 annually. Seasonally adjusted, combined annual numbers for sales and leases are estimated to be 27,900 state-wide.

Swimming pool and real estate industry representatives had expressed serious concern that the government would not be ready, and it now appears the government agrees and will take another 12 months to get prepared.

In addition to a perceived lack of certifiers, there is often the need for remedial action and subsequent inspections prior to a certificate being issued, and both Spiros Dassakis from SPASA and Tim McKibbin, CEO of the Real Estate Institute of NSW, expressed concern at not just the inspector shortage, but a potential serious delay in finding contractors to carry out the remedial work.

“We have listened to stakeholder requests for more time and examined the evidence from certifiers,” he says . “The evidence showed there was a high failure rate for initial inspections and a heavy demand to make pools compliant.”

The government says the extension until 29 April 2016 will ensure that homeowners and landlords will have ample time to ensure their pool is compliant, and that the certifier courses will have a chance to get up and running, and so put more inspectors and certifiers into the market.

Michael Ilinsky from the Royal Life Saving Society NSW says the Society supported the extension of time to enable the community to complete the necessary works to ensure compliance.

The president of the Building Professionals Board George Maltabarow also supported the extension, saying it would enable more inspectors to be accredited.

The NSW Government is urging all owners of properties with a pool or spa who are thinking of selling or leasing to apply for a Swimming Pool Certificate of Compliance immediately. 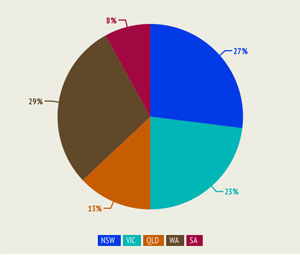 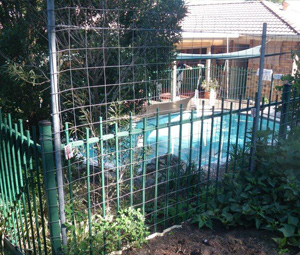