Pool Systems has announced its acquisition of Newline Pool Products. The purchase took effect from July 3, 2017.

Pool Systems managing director Adrian Wischer says the acquisition continues their growth strategy, and the union will establish a significant player in the wholesale distribution of pool supplies in Australia.

Newline Pool Products was established in 1992, and has a branch in south western Brisbane. The business has been owned and operated by Nathan de Candia throughout this period. The business has grown considerably in recent years, supplying the retail, service and construction segments of the pool market.

“This announcement is great news for our customers, employees and suppliers,” says Wischer. “We are undoubtedly stronger together than we are apart. The acquisition increases both the scale and scope of the combined entity, which will result in benefits for all stakeholders.”

Nathan De Candia, founder and managing director of Newline, will continue to lead the Newline business. There will be no foreseeable change for customers, who will continue to deal with either Pool Systems or Newline, just as they do now.

“Celebrating our 25th anniversary and joining Pool Systems provides us with new opportunities to expand products and services over time, bringing value to our customers, employees and suppliers,” says De Candia.

“I am very excited to join the Pool Systems team.”

Pool Systems commenced in 1983, and has grown to become the largest pool products distributor in Australia. Pool Systems’ reach extends throughout Australia, with branches along the east coast in Brisbane, the Gold Coast, Sydney and Melbourne, offering a broad range of approximately 15,000 lines both domestically and to North America and Europe through export.

Poolcorp is the world’s largest wholesale distributor of swimming pool and related backyard products. As of March 31, 2017, Poolcorp operates 344 sales centres in North America, Europe, South America and Australia through which it distributes more than 160,000 national brand and private label products to roughly 100,000 wholesale customers. 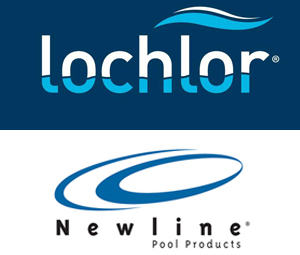