Rob Guthrie has sold his TruPool pool retail business on Sydney’s north shore, and will start to wind down his involvement in the industry.

“I’m out of retail and service but I’m still doing barrier certifying as a semi-retirement gig, and I’ll be starting to wind down,” says Guthrie.

“I’m not going to stand at the upcoming elections,” he says. “I’ll have a rest and draw breath for a year or so.”

TruPool’s retail outlets in Roseville and Turramurra and the eight mobile service units have been acquired by Poolwerx franchise partners David Cameron and Malcolm Price, who have well-established operations in Lane Cove and Killara respectively. Between them, Cameron and Price now have four stores and 22 vans operating on the north shore.

Guthrie bought TruPool in 1994 – which at the time was a business that had been operating for 26 years on the upper north shore.

“That purchase was 24 years ago, almost to the day. I bought the Turramurra shop and later acquired the Roseville shop, which had been originally part of TruPool but had gone off independently,” he says.

“I’ve enjoyed my time in the pool industry – and the industry has helped educate my children and so on. It’s certainly changed in the past eight to 10 years. The changes have had an impact on the retail segment and caused everyone to rethink what they’re doing – and caused some of us to think it might be time to move on.

“Having something to do after you sell is a good idea – if you just stop and go straight to nothing it can be a bit hard. I’ll still be doing the barrier certifying, which I set up 18 months ago with a view to being a semi-retirement activity,” he says.

“I wish the new guys well with their rebranding and refocus.”

Poolwerx CEO John O’Brien says Cameron and Price are at the right stage of their enterprise development and were keen to purchase, so it was a natural, easy fit for them.

“I have admired the TruPool operation and Rob Guthrie personally for going on 20 years,” he says. “And our businesses have always had similar attitudes and values.” 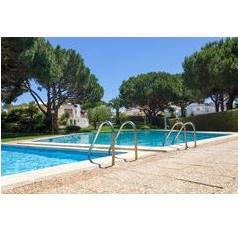