SPASA Vic chose to partner with Masters in Building Training (MIBT) to help deliver the CPC40808 qualification through their online learner management system.

The MIBT course costs more than double the CPC40808 course offered by SPASA Australia’s RTO, SPASA Training. However, CEO Chris Samartzis says that SPASA Vic did not approach SPASA Australia to partner with them in providing the training.

Samartzis says that SPASA Vic identified a desire from the next generation of pool builders to have national training. This is a new direction for the Victorian organisation which had previously been reluctant to offer national training and pathways, preferring to focus on state-based courses.

“We specifically wanted to meet the needs of the builders,” Samartzis says, adding that the CEO of MIBT, Paul Lawrence, was involved in the development of the current qualification through his time with the Master Builders Association.

“We found someone who had made a contribution to writing the course, and we knew we wanted to train inspectors in pool safety and be at the forefront of that, hence having this partnership we could offer a whole range of construction courses relating to the building industry,” he says.

“We were really impressed with the online course and we knew there was a need and a demand to give that offering to our members and the wider industry.”

SPASA Australia CEO Lindsay McGrath says it is hard to fathom the reasoning behind the SPASA Vic decision to not even approach the industry RTO who lobbied for and is the driving force to create the new pool and spa trade qualifications and career pathways.

“For many years SPASA Australia has consistently offered SPASA Vic the opportunity to work with, participate in and benefit from the education and training that has been designed by the industry for the industry,” says McGrath.

“The executive and board of SPASA Vic have made an active decision each year to decline SPASA Australia’s offer of education and refused to work with us, using the excuses that national training was not feasible or that Victorians did not need a trade qualification.”

He says that SPASA Australia has dedicated significant resources to help the industry have a career path for multiple trades, and it’s only in recent years and after considerable lobbying by SPASA Australia that trade qualifications in the pool and spa service sector, and now the building sector, have been realised.

“SPASA Australia is committed to continuing the development of new course material and other career pathways to improve the professionalism of and opportunity for all tradespeople in the pool and spa industry,” he says.

“We’re committed to offering qualifications for all participants equally.”

New pool and spa building qualifications due this year

SPASA Australia COO Spiros Dassakis is the chair of the Artibus Innovation Technical Advisory Group that steered the new pool and spa building qualification to completion. It has passed all levels of approval and is now with the federal government awaiting final sign off.

“SPASA Australia has driven this project over the past five years,” says Dassakis. “And two years ago we started a comprehensive program including a national roadshow which took in the views of pool builders and installers in every state and territory.”

Dassakis says getting feedback from pool builders on what they felt should be included in the new qualification was necessary, because the qualification as it currently stands is unsuitable as it almost entirely mirrors the qualification for general building and not the pool and spa industry.

“We have been lobbying extensively and been very vocal for change because the current qualification does not teach the necessary skills or deliver the required learning outcomes needed for a person to become competent in constructing a swimming pool. Hence the huge investments in time, resources and money by SPASA Australia to ensure the new qualification addresses the deficiencies with a view of improving industry professionalism, teach the required skills and knowledge and provide better outcomes,” he says.

Dassakis says that as part of the thorough consultation process, SPASA Australia received clarification and queries from various state governments, as is expected with any new revision of a qualification, but also experienced some resistance from other non-industry parties including industry bodies with opposing interests.

Following federal government sign off, the qualification is expected to be offered later this year.

While the new SPASA Victoria course is costed at $9690, more than twice SPASA Australia’s course price of $4400, Samartzis says if you can prove competency to the RTO, recognised prior learning (RPL) could bring the final cost down to $3990.

SPASA Australia also offers RPL which brings the price of its course down to $2900. Dassakis says after an initial enrolment fee of $1500, all students have up to six months to pay for the course.

McGrath says students understand that when dealing with SPASA Australia, any surplus is reinvested back into the swimming pool and spa  industry. 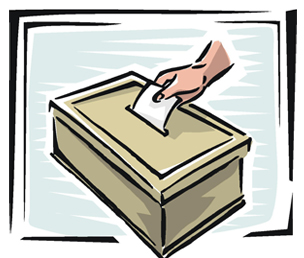 SPASA Victoria walks away from national merger with SPASA Australia