A timeline of the ups and downs and ups again of the swimming pool brand, Poolrite. 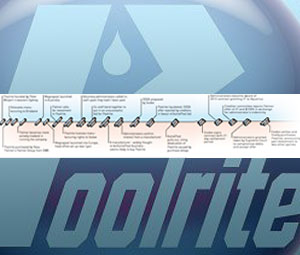