What will the new penalty rates mean for pool shops? SPLASH! asked Michelle Blewett of Workforce Guardian to guide us through the recent changes to penalty rates, and outline what they might mean for the pool and spa industry.

By now, you’ve probably heard that the Fair Work Commission handed down its decision to cut penalty rates in the retail, hospitality and pharmacy sectors. The decision was handed down on February 23, 2017, after almost two years of considering the evidence from more than 140 witnesses and 6000 written submissions.

The changes to the General Retail Industry Award 2010, which covers employers who sell goods or services to final consumers for personal, household or business consumption, will be relevant to the pool and spa industry.

In summary, the Fair Work Commission decided that Sunday penalty rates under the General Retail Industry Award 2010 should be cut from 200% to 150% for fulltime and part-time employees, and from 200% to 175% for casual employees.

Public Holiday penalty rates will also be reduced, from 250% to 225% for fulltime and part-time employees, and from 275% to 250% for casual employees.

This decision has provoked strong emotions in the community, currying the support of small business owners (who often view the Fair Work Commission as out-of-touch with their needs), and exasperating low-paid workers who rely on penalty rates to meet their living expenses.

Labor has launched a political attack on the decision, vowing to prevent the cuts. On March 30, Labor, Greens and the crossbench joined forces to pass a bill through the Senate which would preserve employees’ take-home pay. Cross-benchers including One Nation, Derryn Hinch and the Nick Xenophon Team changed their initial policies to support the bill, which was introduced by Labor and co-sponsored by the Greens and Jacqui Lambie.

The bill will now be subject to a vote in the House of Representatives, where it is likely to be defeated, given that the Coalition holds a slim majority.

The Coalition has stated that it will protect the decision of the “independent umpire”, and highlighted the hypocrisy of Labor seeking to prevent the Fair Work Commission’s decision, since the Commission was established under a Labor government by then Prime Minister Kevin Rudd.

The Coalition have also challenged the genuineness of Labor’s claim to care about workers, questioning Bill Shorten’s integrity on protecting worker’s rights, given his history with the AWU which came under scrutiny at the Trade Union Royal Commission. Labor’s counterpoint is that if the Coalition cared about workers, it would support legislation that intervened to protect worker’s take-home pay.

What does this mean for your business?

One in five Australians make Sunday their main shopping day. Provided that the cuts to Sunday rates are not defeated by the Parliament, the cuts to penalty rates may be what motivates you to extend trading hours or put on more staff on a Sunday. Of course, as owners and managers of the store, this will in turn mean you will also need to be on-call to deal with any issues that may arise on Sundays and public holidays – and I am sure you do not get paid overtime or penalty rates for your time! You may nevertheless enjoy the reward of seeing your business bustling with customers, and turning a greater profit.

If and when the changes become law, whether you choose to implement the changes is a matter for your discretion. Businesses that are battling to keep their doors open will likely implement the changes, while businesses that would struggle to find quality staff at lower wages, or do not want to provoke an industrial issue with their staff, may not make any changes to penalty rates. Larger businesses that operate under Enterprise Agreements may pay different penalty rates to the Award already, and may not be able to re-negotiate any changes until the next round of bargaining.

It’s worth noting that there is widespread non-compliance with modern Awards in the retail sector. This has been reported by the Fair Work Ombudsman, and was noted by the Fair Work Commission in the penalty rates decision. In my experience, many employers pay “above-Award” wages at all times, or an annualised salary, without regard to penalty rates at all, mistakenly believing that higher rates will “offset” penalty rate obligations.

The difference between penalty rates and overtime

Further, many employers – and even their accountants and bookkeepers – are confused about the difference between overtime and penalty rates, and if and when these rates apply.

Just for the record, a permanent employee who has already completed their “ordinary hours of work” between Monday to Friday, but is offered a weekend shift during summer due to the upturn in business in the pool and spa industry, would be entitled to pay at overtime rates (not penalty rates).

This is distinguished from a staff member whose regular roster or “ordinary hours” includes weekend work. It is this employee who is entitled to penalty rates. It is important to note that the Fair Work Commission’s decision only relates to penalty rates, not overtime rates.

Leaving pre-existing non-compliance issues aside, do not rush to make any decisions regarding the implementation of the penalty rates changes in your business just yet. As mentioned above, Labor’s bill to stop the cuts will soon be voted on in the House of Representatives. In the (unlikely) event that the bill is passed, the changes will be prevented altogether.

Given the political sensitivity of this issue, if you do propose to implement the cuts to penalty rates once they become law, it would be wise to do so only after consultation with the affected employees, in a manner that considers their needs, as well as the needs of the business.

The team at Workforce Guardian, including myself, is committed to keeping you informed and updated on the changes to penalty rates. We communicate in plain-English and cut through the complexity of modern awards to distil what’s important to your business. Please do not hesitate to contact us for questions about penalty rates, wage rates, modern awards or any other employment law queries. 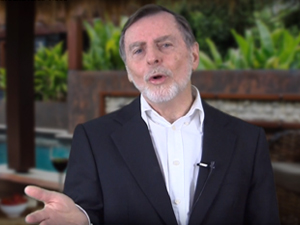